Woke at 7am due to early light and went for breakfast which included the pansiyon owner’s own blackberry jam (which actually tasted more like treacle). Then we headed off to Şenyuva via Çamlıhemşin and the lovely traditional bridges on the way. 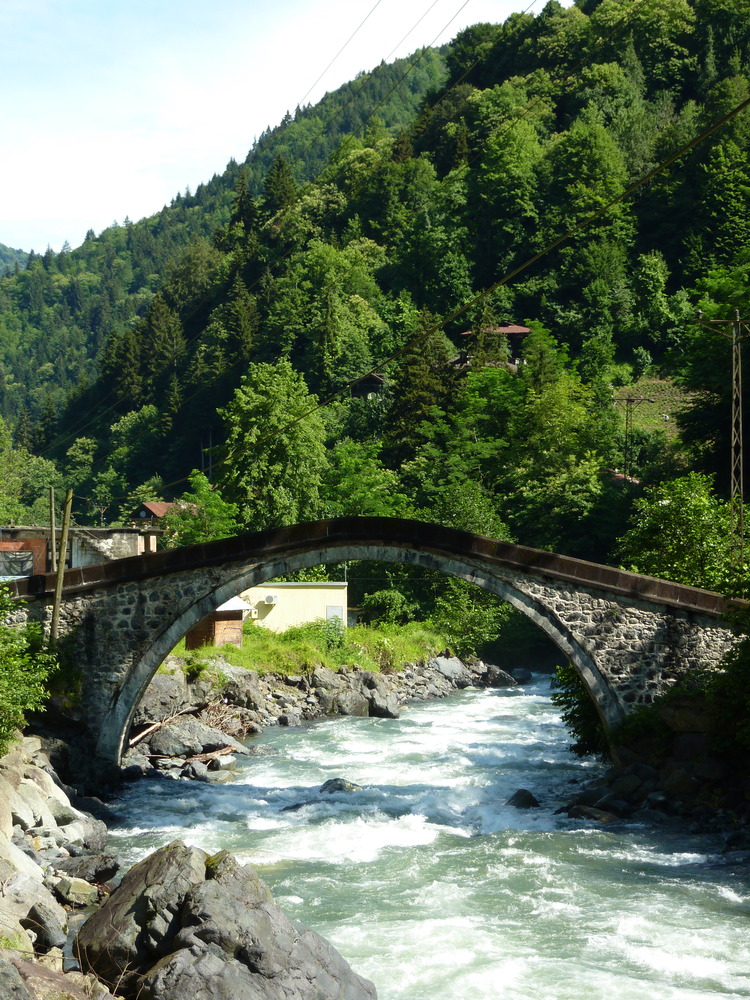 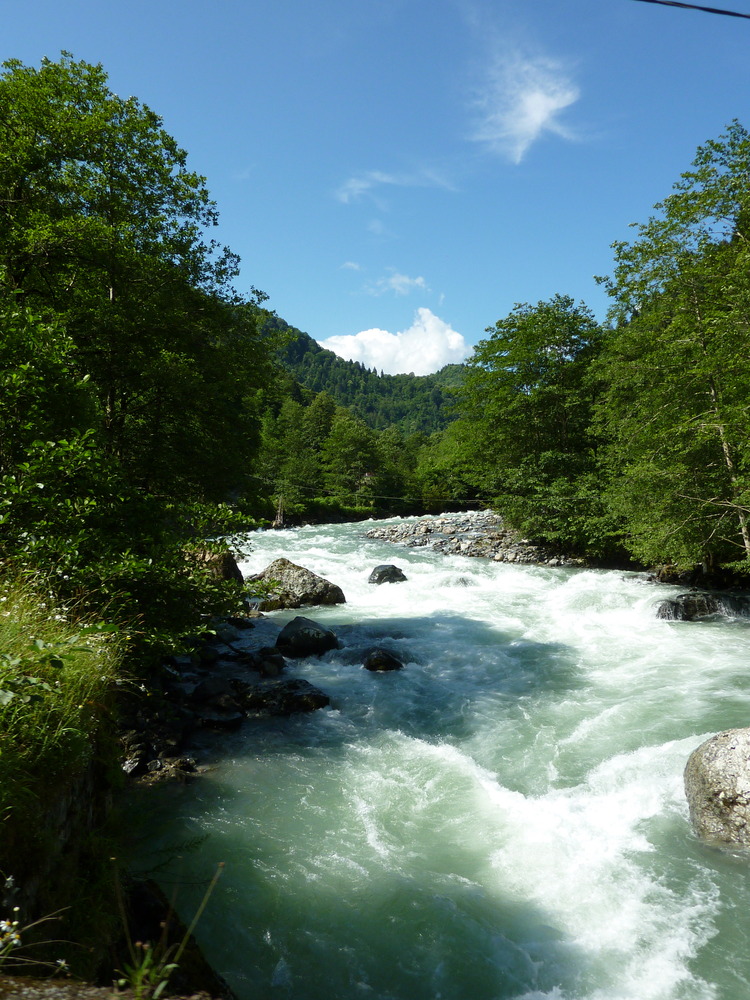 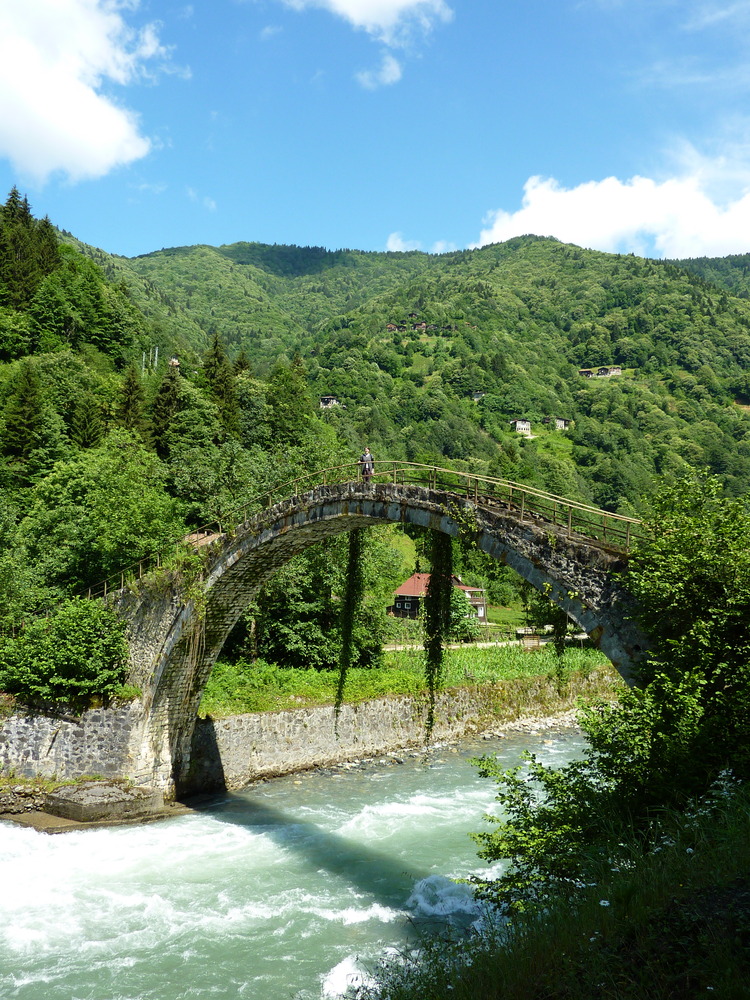 We parked next to Şenyuva’s bridge (directly above), before beginning our walk to Zilkale (Bell Castle). It was a 7km or so walk and pretty tough going as most of it was uphill on a pretty rough dirt track (and because we’ve not been walking much of late… ahem). We were overtaken by two other female walkers, who looked friendly and rather better prepared than we were. We enjoyed the stunning views along the valley as we paused for breaks, and got some of the first glimpses of Mount Kaçkar, and others in the impressive chain. We also saw lizards, colourful butterflies, and strange layered conical traps hanging from trees. We later discovered that these were for pine bark eating beetles that gnaw the bark on the native trees causing them to dry out. 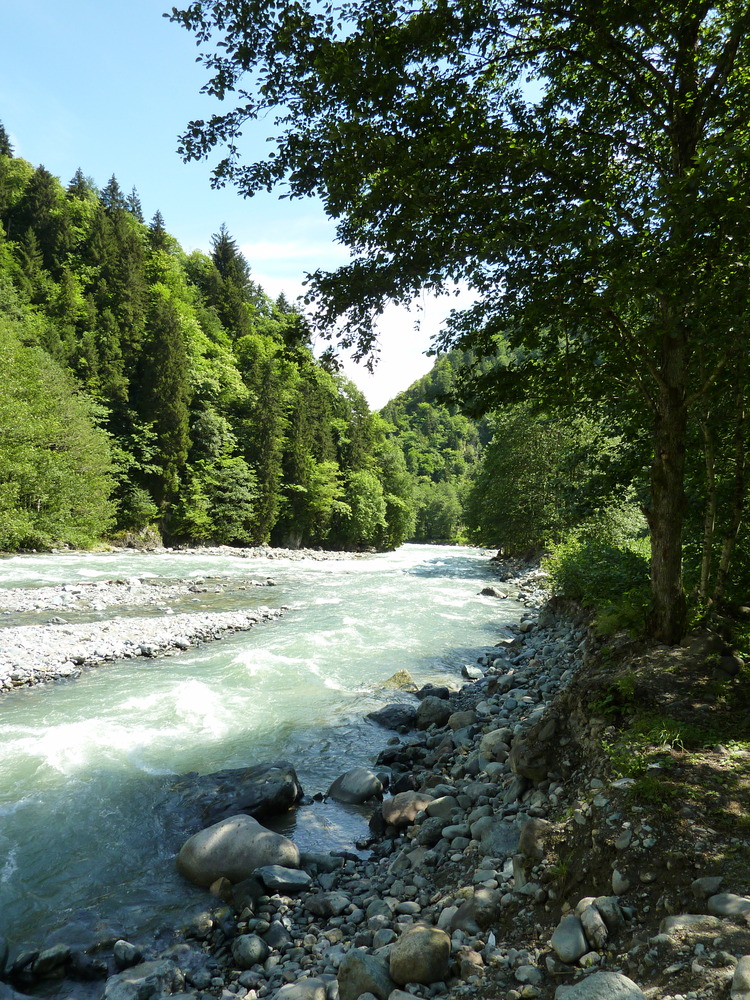 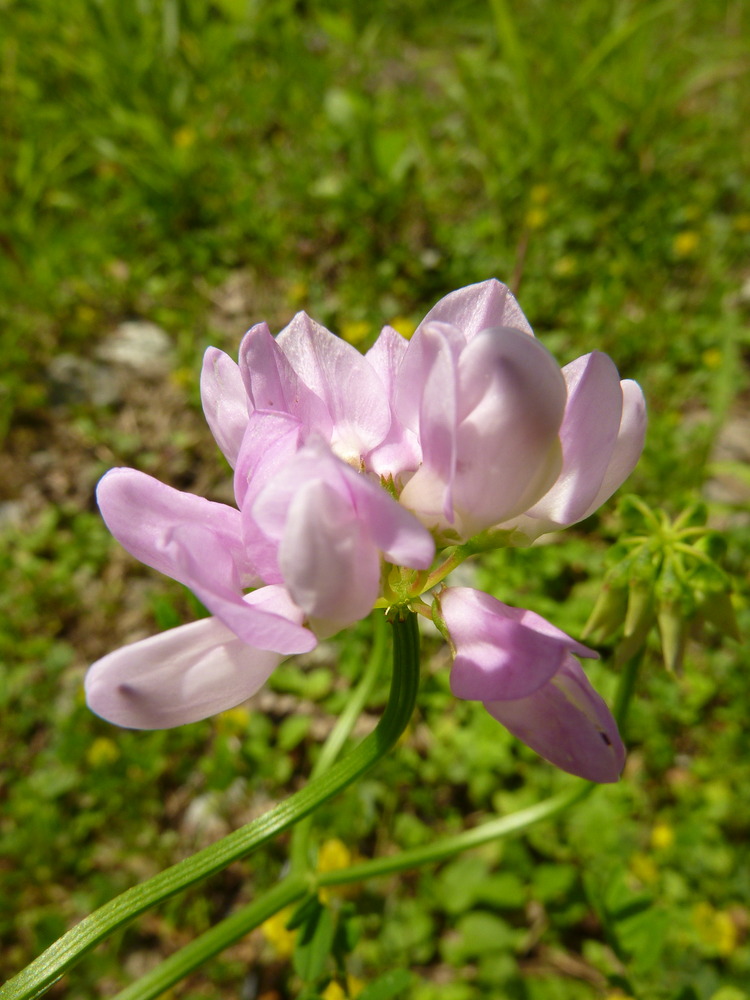 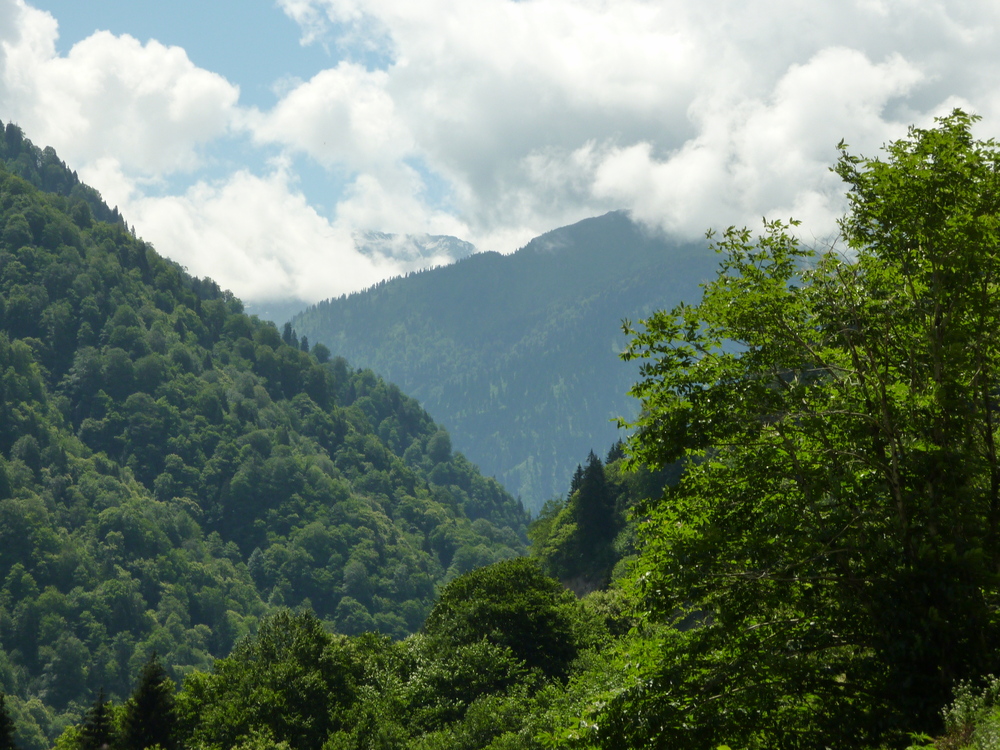 We should also mention the winches. Because many of the summer houses and yaylas are located high up the mountain sides, many of them have winch wires that run from the house down to the road that runs along the valley floor. This means that shopping and other goods can be hauled up from the road via a pulley system, rather than carried by hand up the steep hills that are often impossible or dangerous by car. The wires can be seen everywhere, even when the house itself is invisible due to dense forest or being set too high. It leaves one wondering how the wire is set up in the first place, though, as some stretch hundreds of metres and even cross rivers to reach the road! (Unfortunately there’s no picture of one here – maybe later…) 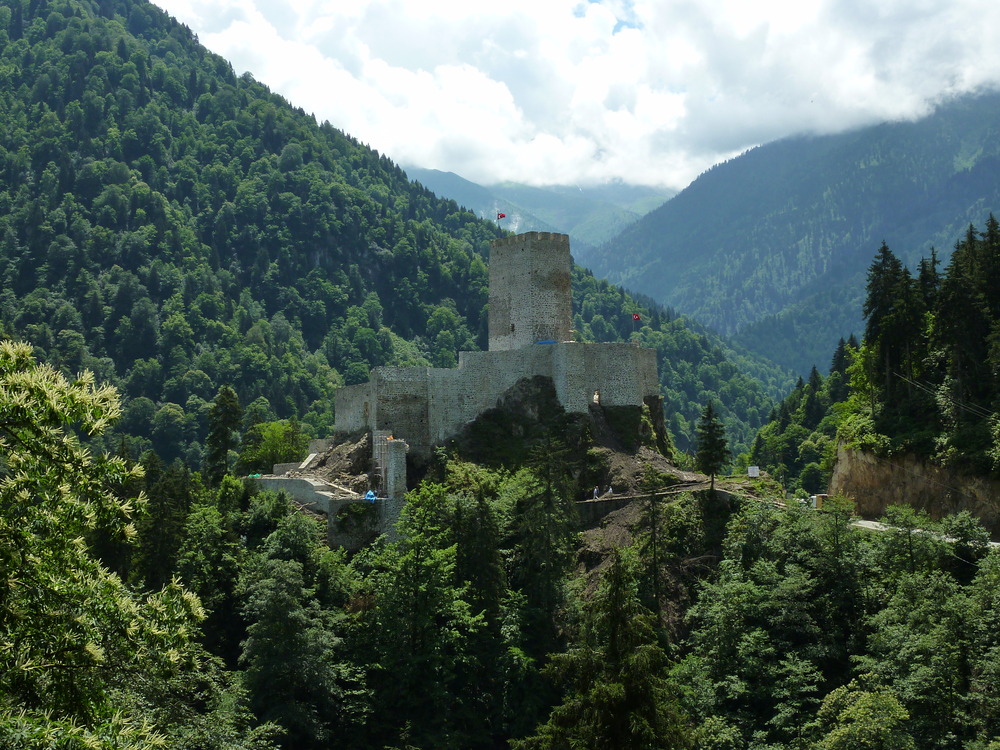 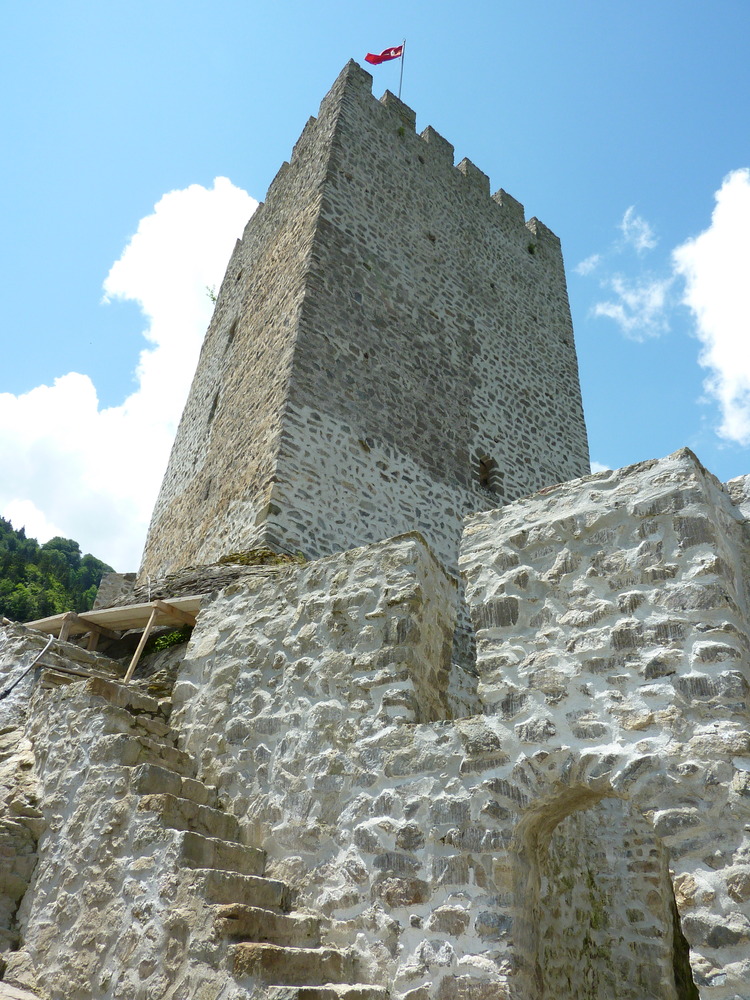 We arrived at the castle to find the other walkers (who turned out to be Danish) looking for directions having found, as we were to find, that the castle was closed for repairs! Noooo! However, (a definite privilege to knowing some Turkish) we spent some time making conversation and friends with the workmen, and soon they offered to show us round the site as a private tour (despite us technically needing to wear harnesses and hard-hats to enter as they were repairing landslide damage after part of the pathway had fallen down into the valley a long way below!). 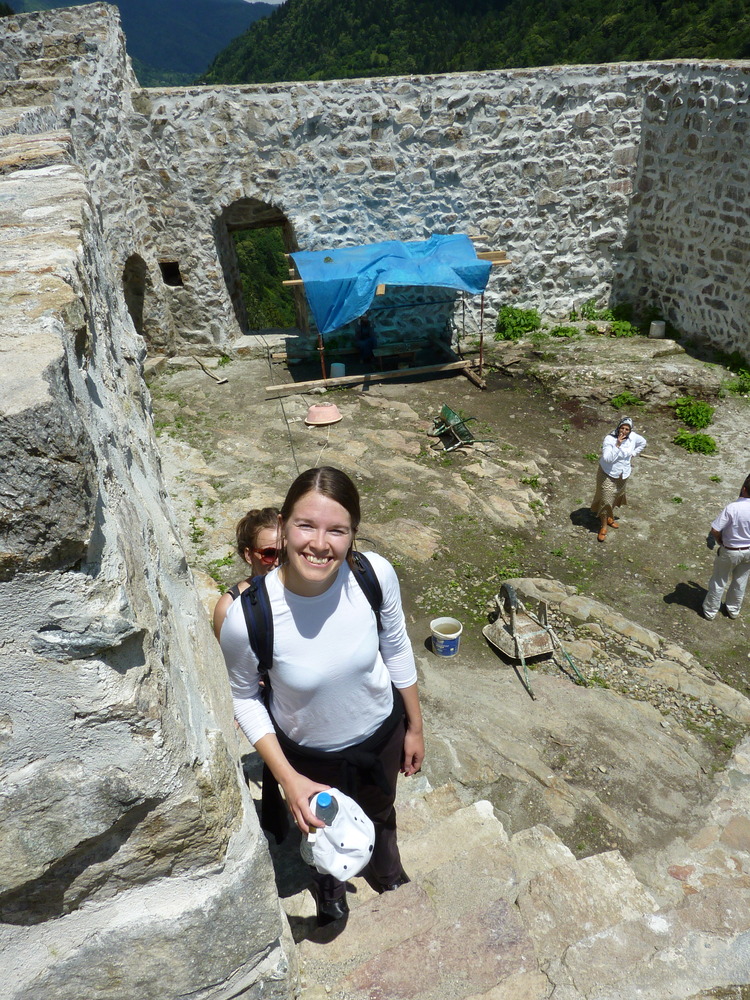 Within the castle complex we found some women drinking tea with members of the workmen (one of whom was a relation of theirs), and then were shown around by one of the men who also told us some of the castle’s background. Apparently it is over 1000 years old and belonged to the Byzantine Empire and was linked with another castle 20km away. Together they acted as protectors over the trade route that ran by them. When the Ottomans came, they took over the castle and continued to use it for keeping the peace. Even our guide book didn’t know this, so it’s good to get it from the mouth of a man restoring it to glory. 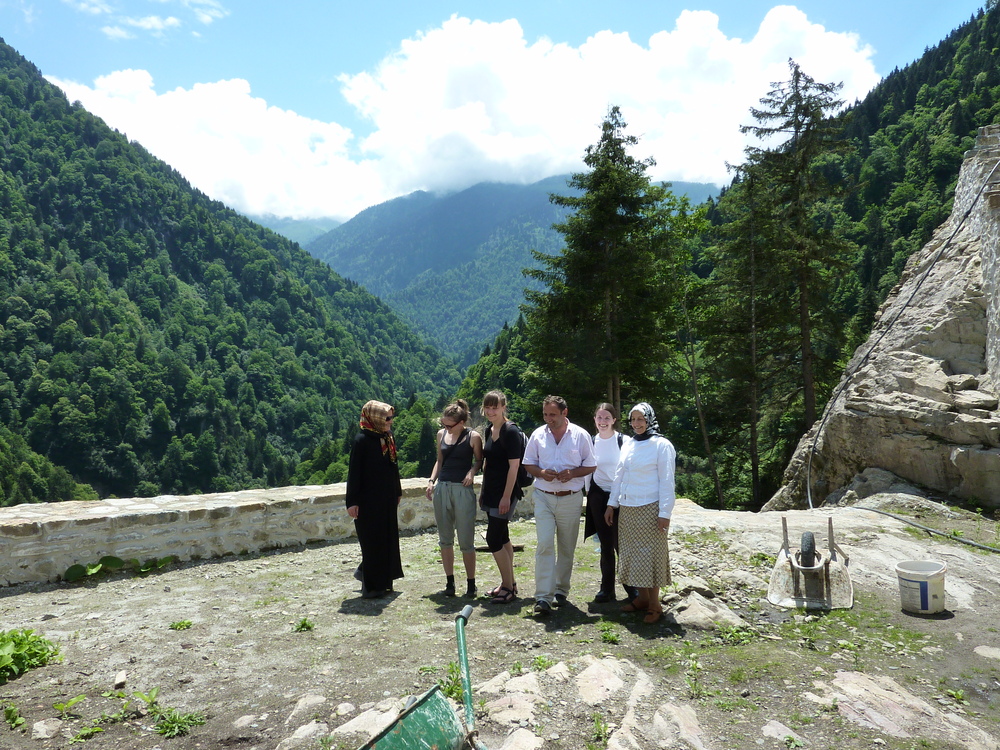 We came back down to the main entrance to the castle and one of the women there invited us to her home and gave us our address. Unfortunately she lives in a village about two hours off our route, so we won’t be able to visit this time… However, we did manage to get a lift back along the bumpy road to our car in the back of their little open backed van (yes, in the van part…) with the two girls and some (unfortunately rather battered) peaches that they offered us. Great fun, although the suspension on the van and our knees didn’t manage to cancel out the effects of the bumps that well… 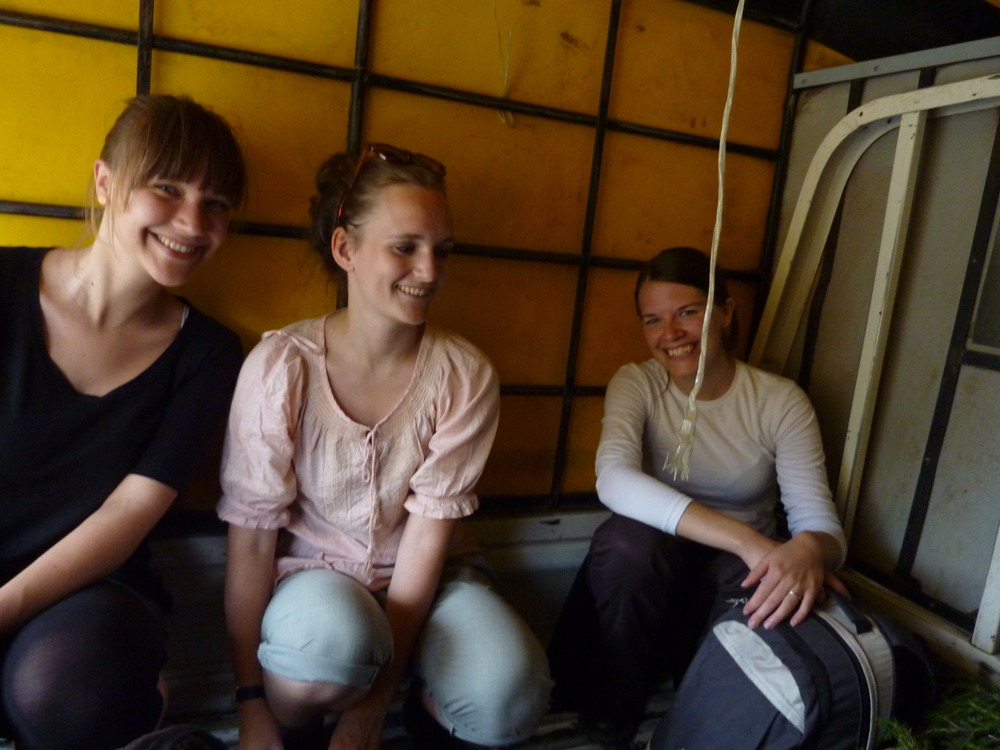 The girls were dropped off before us, but we continued back to Şenyuva with the women we had met and then had a wander over the old bridge and through a little (private… oops) orchard – pears, walnuts, hazelnuts, apples, figs… The ladies plucked some of the walnut leaves and also the green casing around the nut itself and proceeded to rub them on their teeth, telling us that the leaf has whitening qualities and can make teeth pırıl pırıl (sparkle and shine). 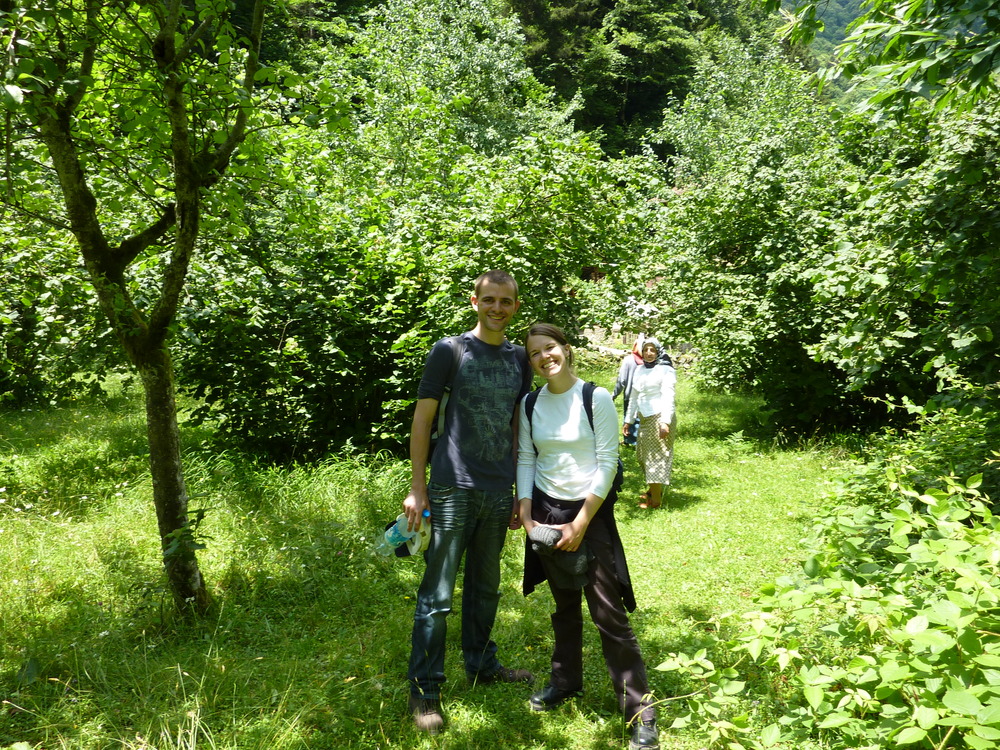 After our new friends had left (heading back to their villages) we stopped by the bridge and picnicked by the river, washing our fruit in the water and enjoying the fresh air. 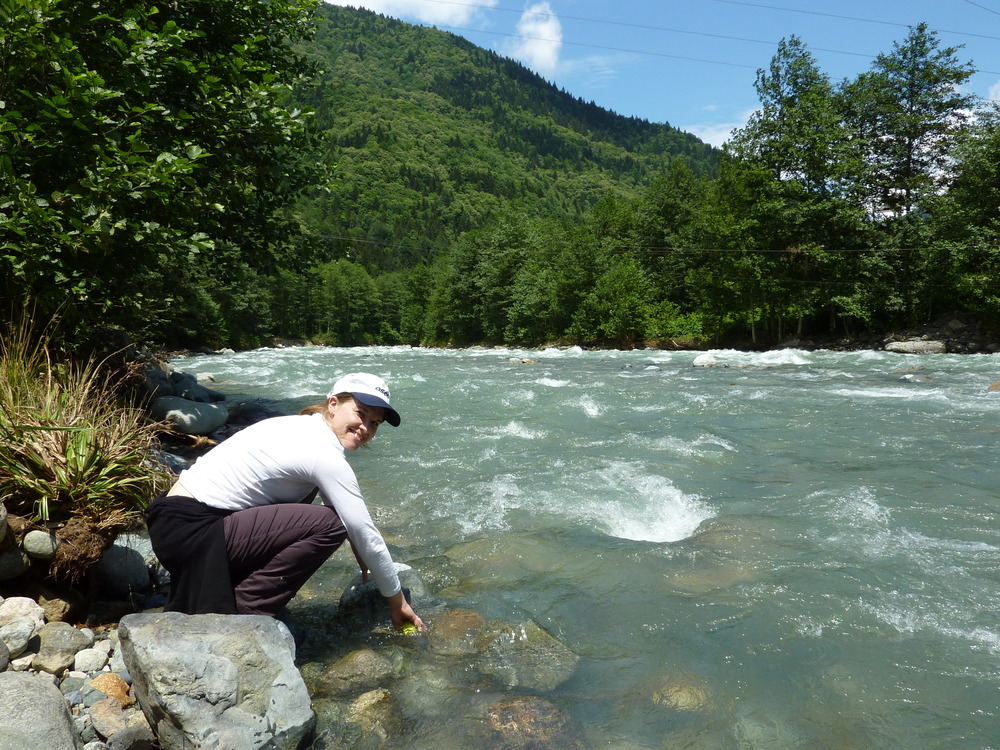 As we were getting into our car to head back to Ayder, an elderly village woman in traditional dress and with a big bag on her back (as people wear here for carrying goods) came and propositioned us for a lift into Çamlıhemşin. As we were going that way, and as her local village accent was nigh on impossible for us to understand, we gladly consented and beckoned her into the front passenger seat (after she had given Ruth two cheek kisses and thanked us profusely). It seems that for many local people living in out of the way villages, hitchhiking into the local towns is the only way to get around. There are some minibuses that run the village routes, but these are few and far between. We had seen people waiting by the roadside before, but this was our first change to participate in the culture ourselves! 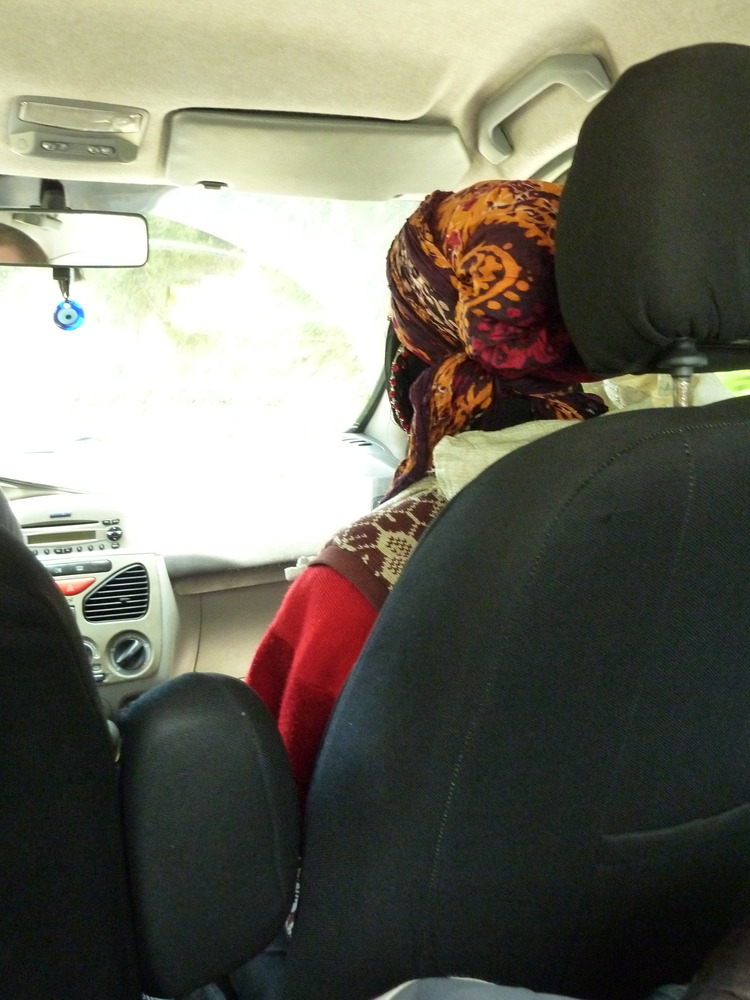 Anyway, as we drove off the woman started to explain that she lived alone and had looked after 7 animals herself. Ruth instantly thought of house pets and wondered what lovely creatures she had to keep her company. However, then she explained that she needed to go to town to make a complaint as the local butcher had given her a bad price for them…

Continuing down the road, we learnt that if you have a village woman in your car, you blend in far better! No one looked at us for more than a second, as, upon seeing the woman in the front, they assumed that we had to be locals, right? Indeed, a mile later we were flagged down by an older man also wanting a lift into town. Imagine his surprise when, after a little while it emerged that we were actually English!

We had had great plans to continue adventuring, but upon returning to Ayder a quick nap turned into a long sleep, after which we planned our next adventures whilst some local people dance the horon to the wailing drone of the tulum (Turkish bagpipe) and kemençe (a three-stringed bowed instrument) a little way from our pansiyon. There are MANY different variations on this dance, but click below to see a simple version and hear the instruments.

Eventually we ventured out for food and managed to try the regional dishes from the local community (and region): muhlama (melted cheese and butter, eaten with bread that you dip in), lahana sarması (a herbed meat and rice mixture wrapped in cabbage leaves instead of the usual vine leaves), mısır ekmeği (corn bread – rather heavy) and laz böreği (a dessert from the Laz people – honey and syrup drenched pastry [baklava] on sweet set custard-like base. Better than it sounds, I promise!). After watching the last 10 minutes of the Portugal-Brazil game, we headed home, planned our onward journey and booked our hotel in Artvin. Then we watched the Turkish film Romantik Komedi (can you guess the translation…?). A great fun film 🙂