The journey towards Rize began with bright, if cloudy, skies and we decided, after slight rainfall, not to stop along the way at Of (yes, there really is a place called ‘Of’!). However, when we came to Rize, we could see the storms ahead, and so knew our planned stop there would be more than necessary. Mark skilfully found an on-street parking spot and then we headed off to find tourist info. The guides there were pretty friendly and we had two good maps in no time. Then we went back to the Deragh pastanesi around the corner for elmalı poğaça (apple pastry) and hot chocolate. The poğaça was dusted with as much icing sugar as the Kaçkar mountains are with snow – Deeeelicious.

We then made our way towards Rize castle, accidentally ending in a private garden at the back of some flats, and having to furtively let ourselves out of the big metal gate, much to the bemusement of the children playing there! Oops! We continued up the castle hill past some lovely old rickety houses with turquoise paint like day old lipstick; just a smudge on the flaking wooden sills. One even had a little birdcage on the outer wall of the house – an interesting take on pets. 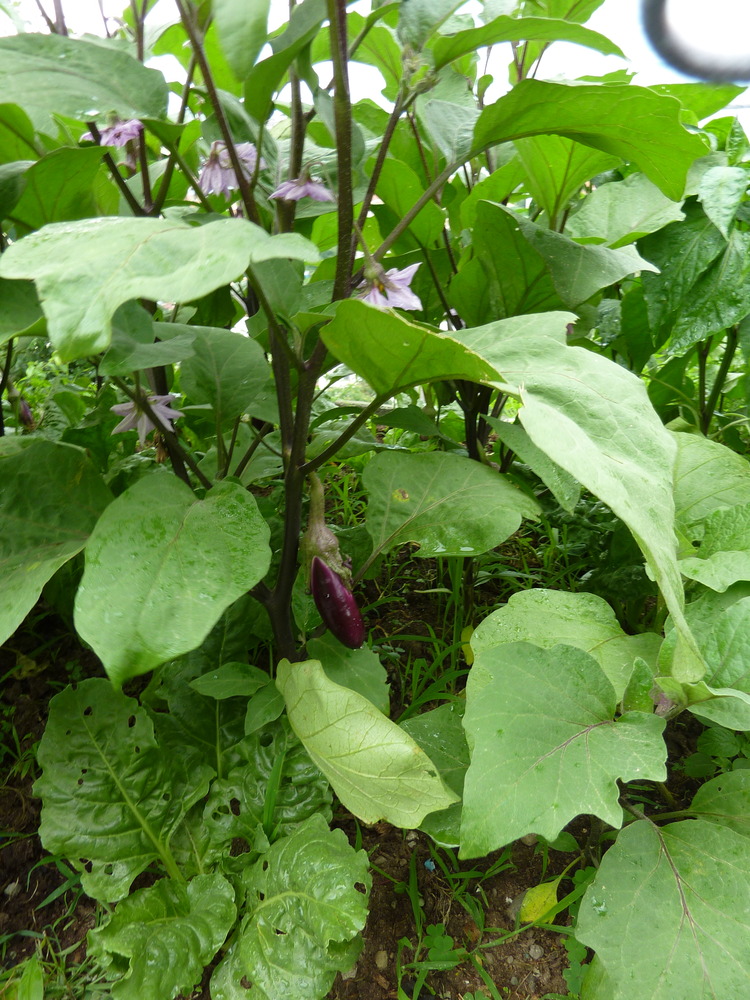 All along the side of the road were enthusiastically growing, very luscious looking vegetables, as though the overgrown and rampant ‘cottage gardens’ (to stretch a term) were so cramped that the plants simply HAD to use the verge too. We even saw aubergine plants for the first time (above), and the biggest watermelon runners imaginable! 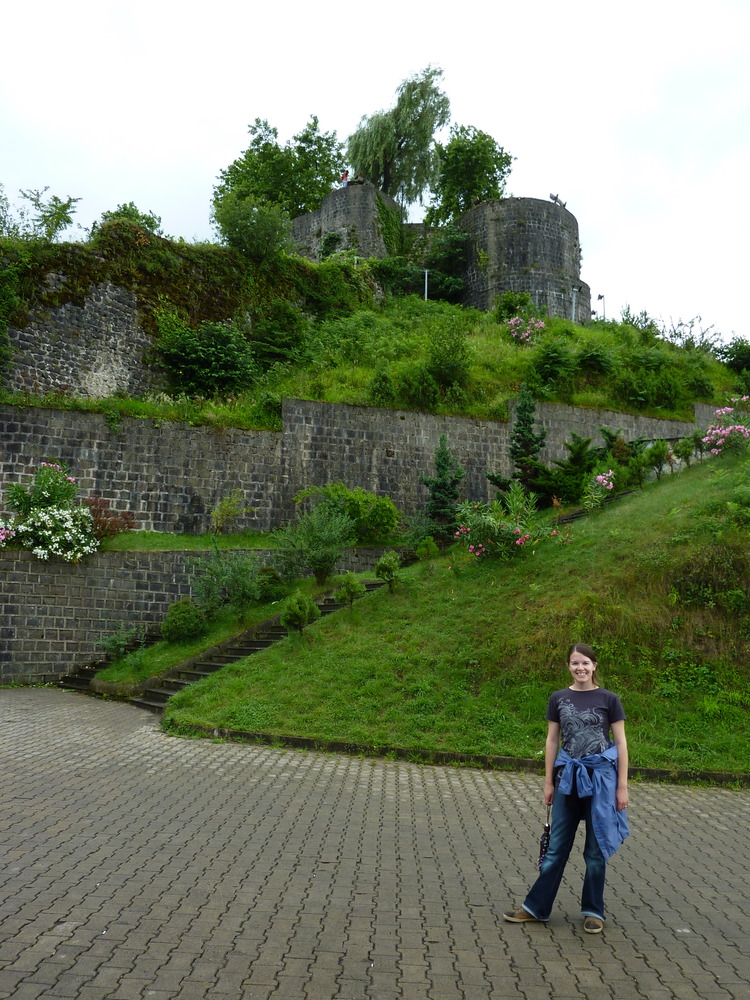 Then finally we reached the castle (above); through a stone arch and up (yet another) very steep flight of stairs to the top where we found a lovely little çay bahçesi (tea garden) and fantastic view over Rize. Well worth the climb. 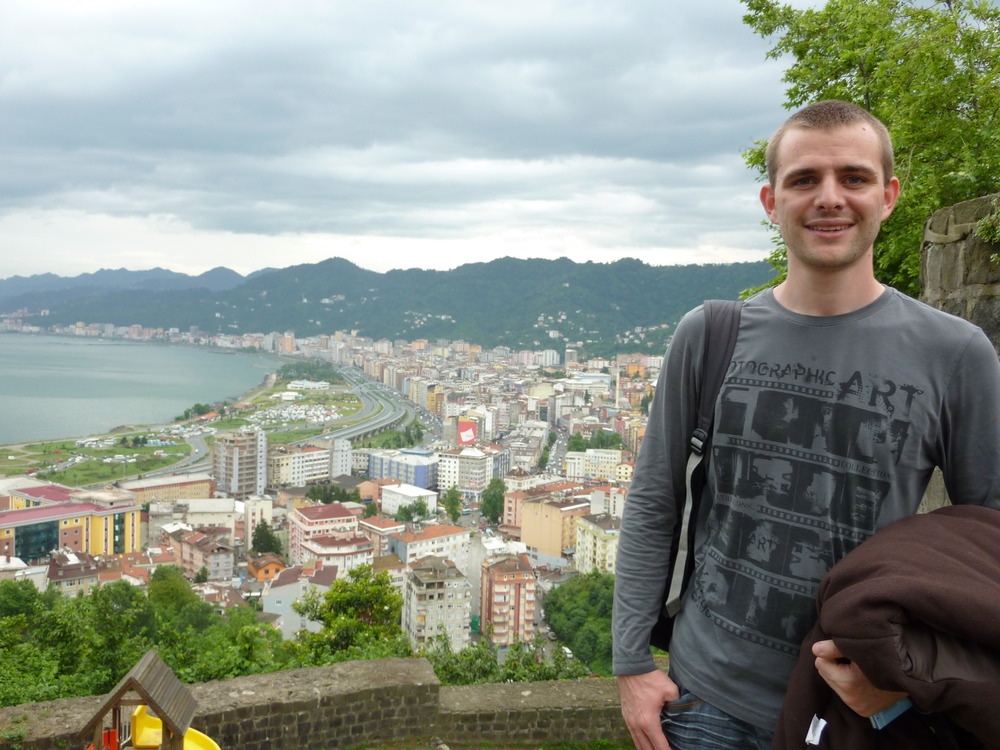 We then came back down to the town via a dangerously steep yet cleverly designed cobble street with steps cut down into the centre of the road for pedestrians (cleverly designed unless you drive a Reliant Robin, that is..). We bought an emergency triangle for the car before discovering the wonder of Bekiroğlu, a restaurant-cum-buffet that boasts 1001 flavours and probably has somewhere near that many dishes on its menu if you had the time to count… It captures both the cooked to order AND pre-prepared markets, and the restaurant boasts two stylish eating salons (seating hundreds) and even has its own prayer room! Ruth ate stuffed peppers and beans and Mark had half a portion of doner kebab and sütlaç the yummy Turkish take on rice pudding.

The Land of Tea 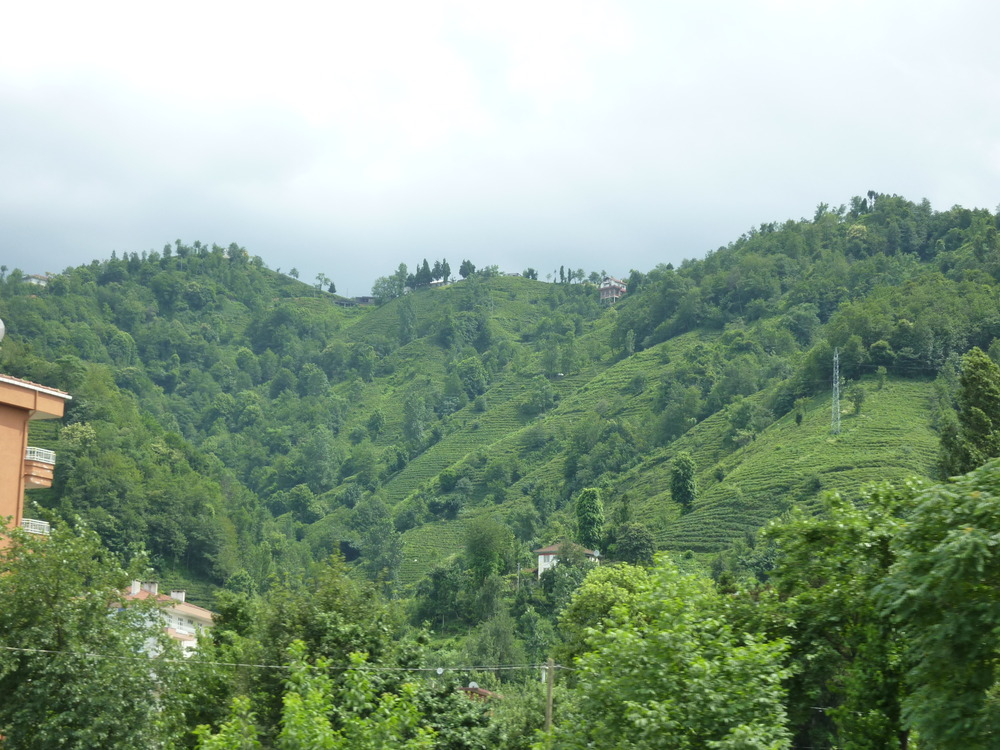 The drive on from Rize to Ayder introduced us to the tea producing part of Turkey. Along the steep sided, lush green hills, terraced plantations are everywhere, and processing factories become a common sight along the coastal road, most of them belonged to Çaykur (a famous Turkish tea brand). We then turned off the main road towards Çamlıhemşin and began to follow the awesomely named Fırtına Vadisi (Storm Valley). We started to get our first real mountain views here, although still a long way off and swathed in cloud. We continued along next to the Storm River, through Çamlıhemşin and up into the mysteriously captivating, cloud-filled wonder of Ayder. 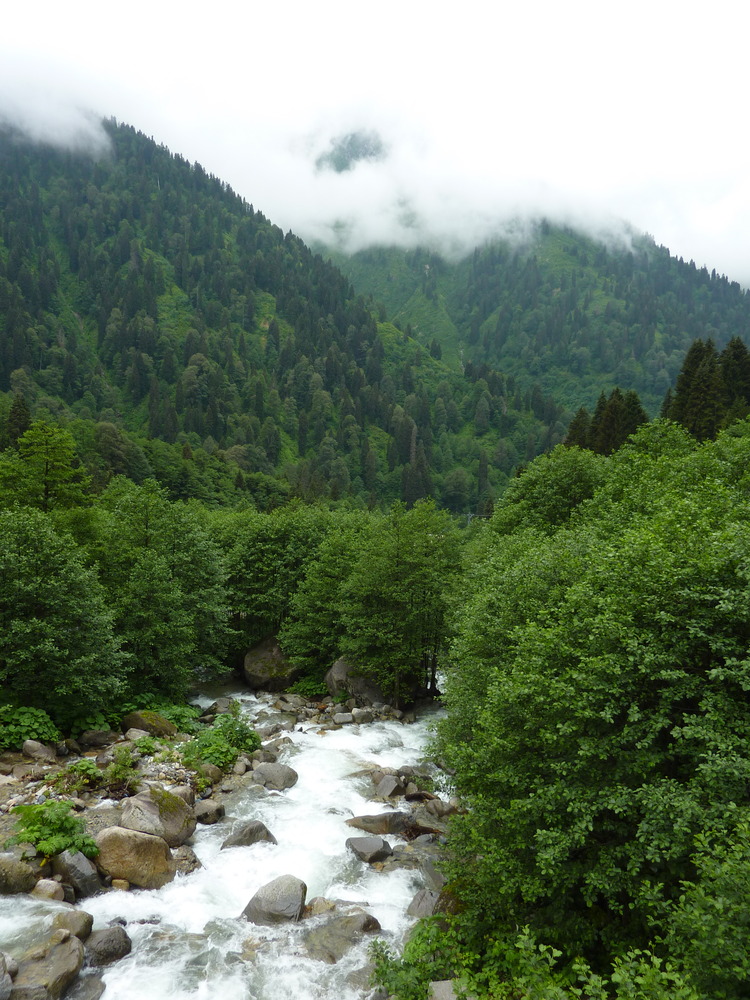 Ayder the Yayla… (and what is a yayla anyway?)

Ayder is a yayla which is an area of high pasture land. For centuries the villagers around Turkey have been relocating in the hot summers from the lowlands to higher, cooler grazing land in the mountains. The yaylas often appear above the tree line where trees no longer grow due to higher altitude, and only grass or scrub land can survive. Ayder yaylası has been used by many families as their second, summer farmland, but now it is also becoming open to tourists, and chalet style hotels are appearing alongside the villagers houses. We imagine in a few years, this will become too touristy, but at the moment it still retains its natural beauty and magnificence, set up in the mountains and yet just beneath the clouds. 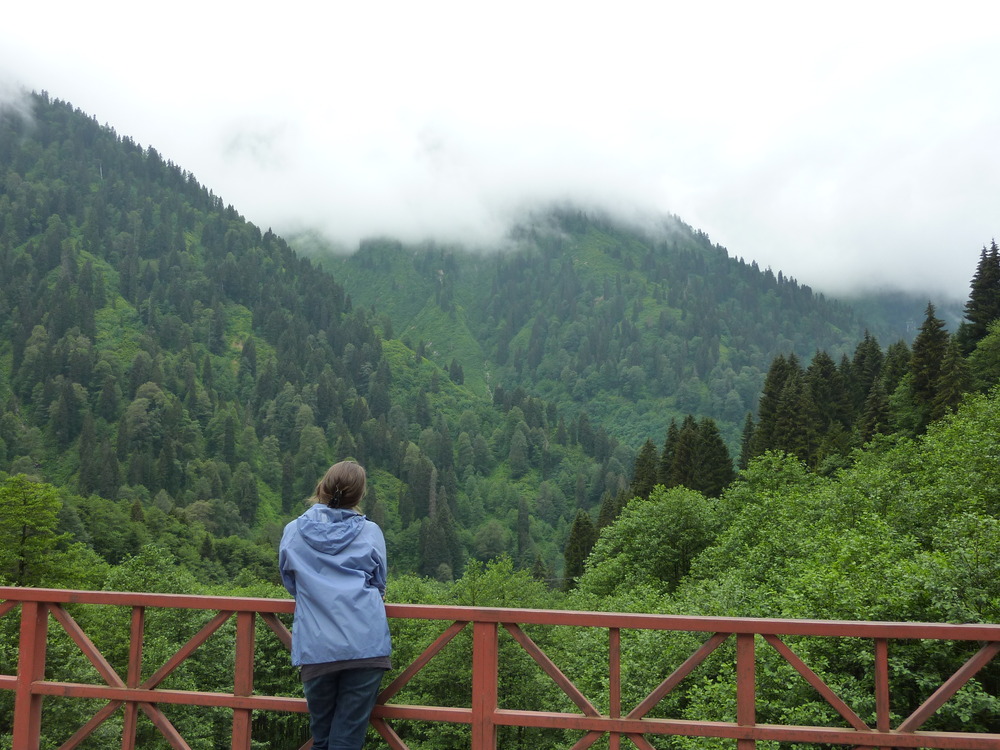 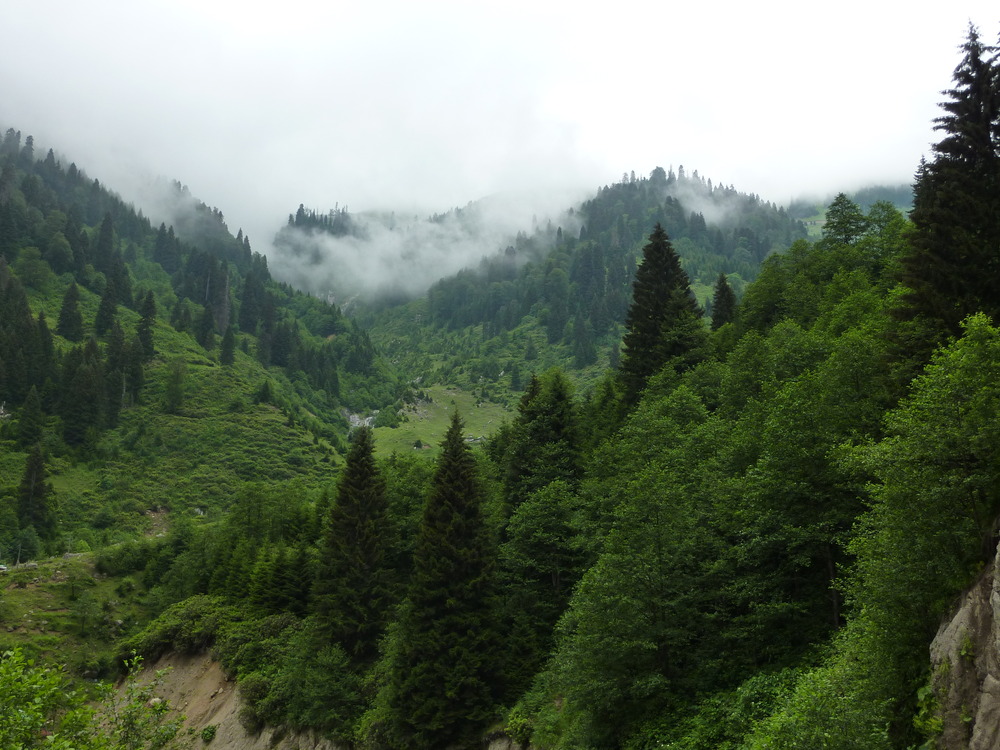 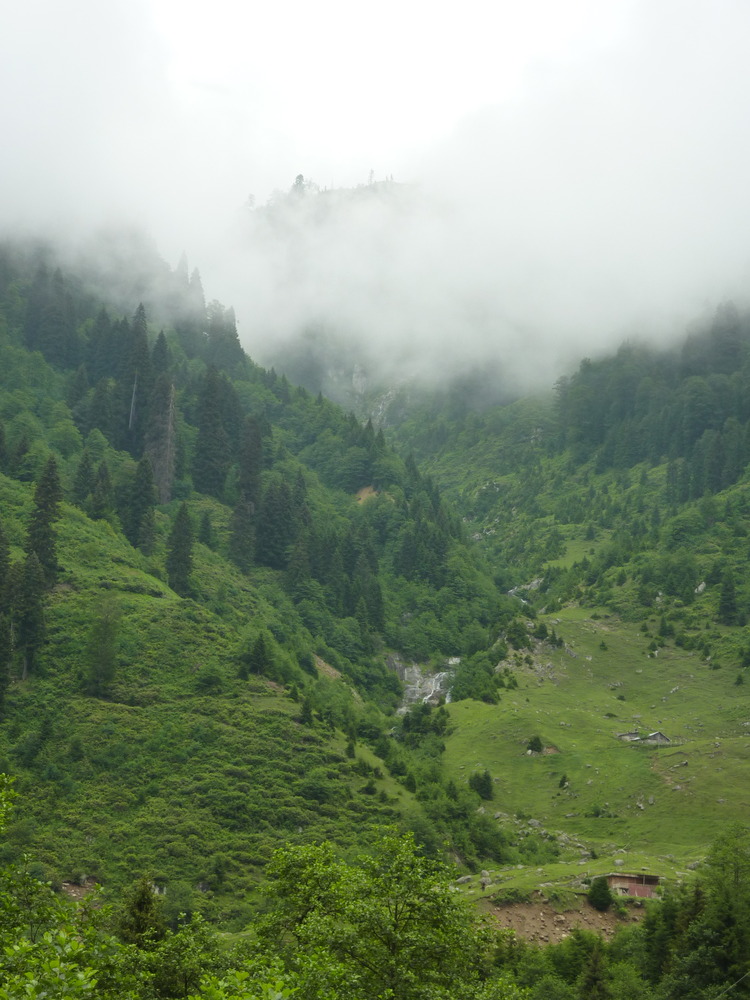 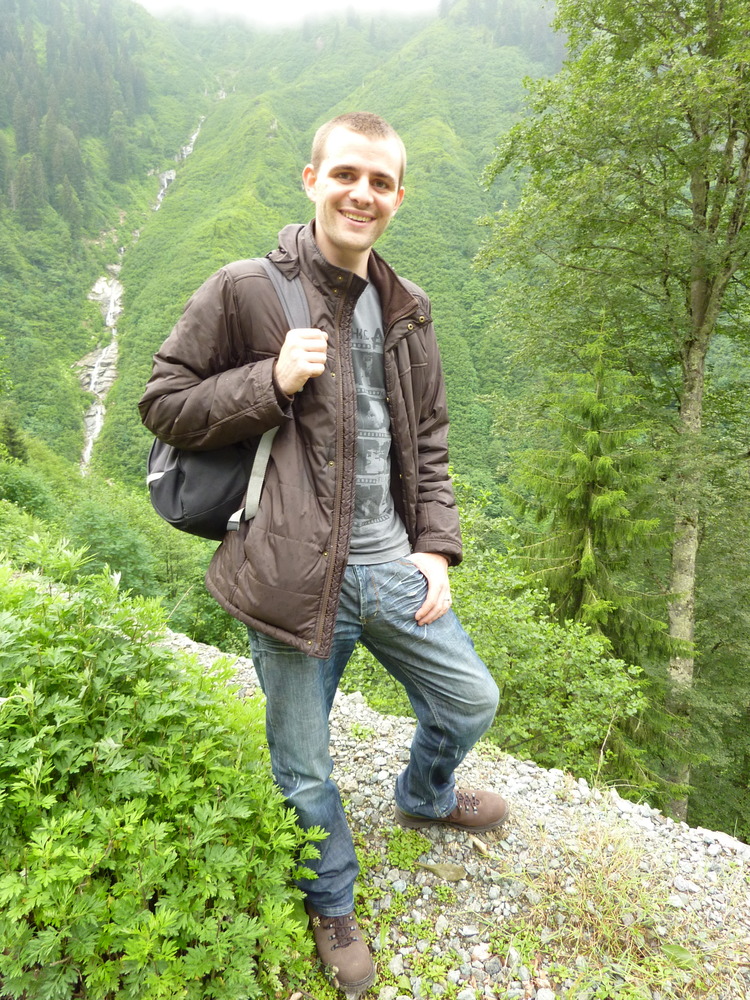 We observed a new sense of fashion in the people here. While head scarves are common in Istanbul, the women here wore one scarf around the top of the head, and another, often with bead or shiny coin-like pieces, is worn hanging from the top scarf and around the chin.

(This is a photo from the Internet – it’s difficult to photograph the women without feeling rude!)

Entering our lovely chalet type pansiyon, we certainly noticed the change in air temperature and were glad that we had prepared and brought jumpers with us. With clouds brushing the hills before us, we went for a long walk up even further from the yayla and found signs mentioning the wolves, bears, lynx, mountain goats and otters that happily dwell in these parts. Otters and goats, fine, but the others… We also saw a hollowed out log with a hole-filled wooden door, wedged into branches in some of the trees. We later discovered that these are old style bee hives, not only keeping the bees from the damp ground (as these valleys are quite shady and moist, which the bees don’t like) but also enabling the bees to create their own honeycomb within the tree itself, as they would naturally. Fascinating! 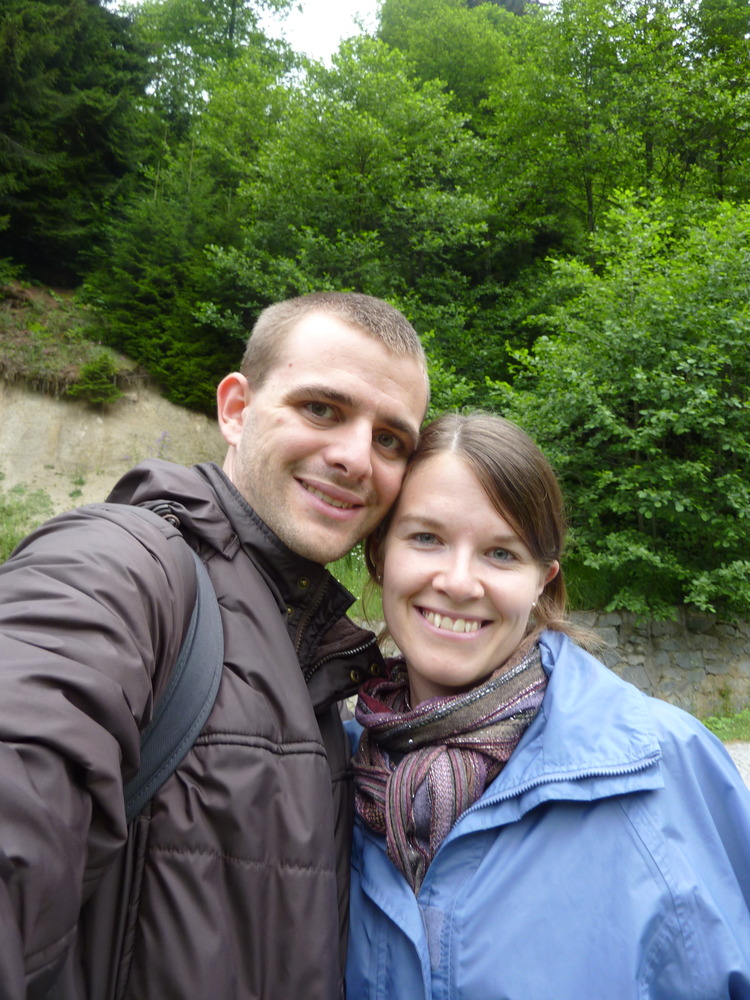 Came down and had a bread and jam feast in our room before watching the rest of The Good Guy which had intrigued us, even if we didn’t like it…