Mark didn’t fancy breakfast so Ruth went for an early stroll around the town and enjoyed the early morning air and had a look at the village market (lots of fresh veg and home-made jams). On the front next to the Barış Akarsu statue, there were tributes, photographs and even a huge plastic show case containing his motorbike. Back to the hotel via the cake shop to buy a sort of stodgy jam bun for breakfast, and then we made a start on the steep hill out of town. Thankfully due to us starting early, we had a pretty much clear run, so the car made it up fine, and we set off to find the coastal road. Unfortunately we followed a larger road inland for a while (although this made better time) before joining the coast again at Zonguldak. The road came back inland for a while, and we stopped at a food place for lentil soup, salad and a pide, before dropping down to the coast again in Ereğli. From here we followed the sea through Akçakoca, Melenağızı (a gorgeous place for a holiday house by the sea!), Kocaali and Karasu, where the road down to Adapazarı began. The coast here was filled with people looking to spend the day on the beach, with some very pleasant looking sandy beaches too. Bit too hot for us to be on the beach though! 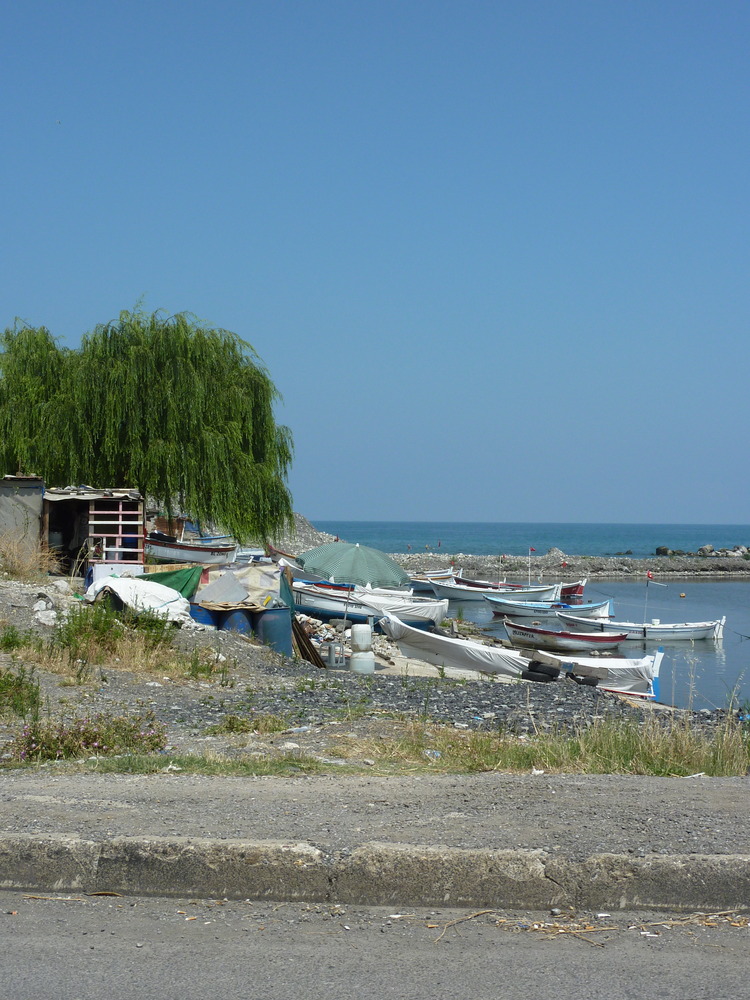 Through Ferizli and Adapazarı we then joined the main motorway back into İstanbul and kept going, via issues with the toll road system (which had recently changed and we didn’t know), a pushy driver who was indicating for us to pull over and argue with him after he must have misconstrued something in our driving, and a tricky exit to the coast road which we needed to our house. However, these issues safely navigated, we were finally home and, after unpacking, were glad to hand the car back to the hire guys.